Haute Couture is about two things – precision and craft. We could see all the incredible beauty and delicacy that comes with couture fashion last week in Paris – from princess-dress-maker Elie Saab to the unbelievably amazing Italian duo Dolce & Gabbana on Capri island. The dresses, skirts, overalls, shirts, jackets and accessories were the real creme de la creme of fashion, from wonderland dresses to intricate embroidery and cuts with mathematical precision. One feeling that I can’t shake off though, looking at these fairytale collections, are the unhealthy looking thin models with nearly see-through complexion, hollow eyes and sticky bones. I’m completely aware of the complexity of the issue, but I’m also aware of many steps the fashion industry has been trying to take to make the models world healthier and safer. However, it’s difficult to see any results when designers simply want to see their beautiful dresses fall flawlessly on a very (VERY) slim girls. The same dresses than go on to the magazine photoshoots, where editors have to use the same extremely thin models who would fit into the dresses. However beautiful the collections may be, we should take a minute to look closely at who is wearing them so we could enjoy the beauty of fashion. Because it’s not always easy being a model… 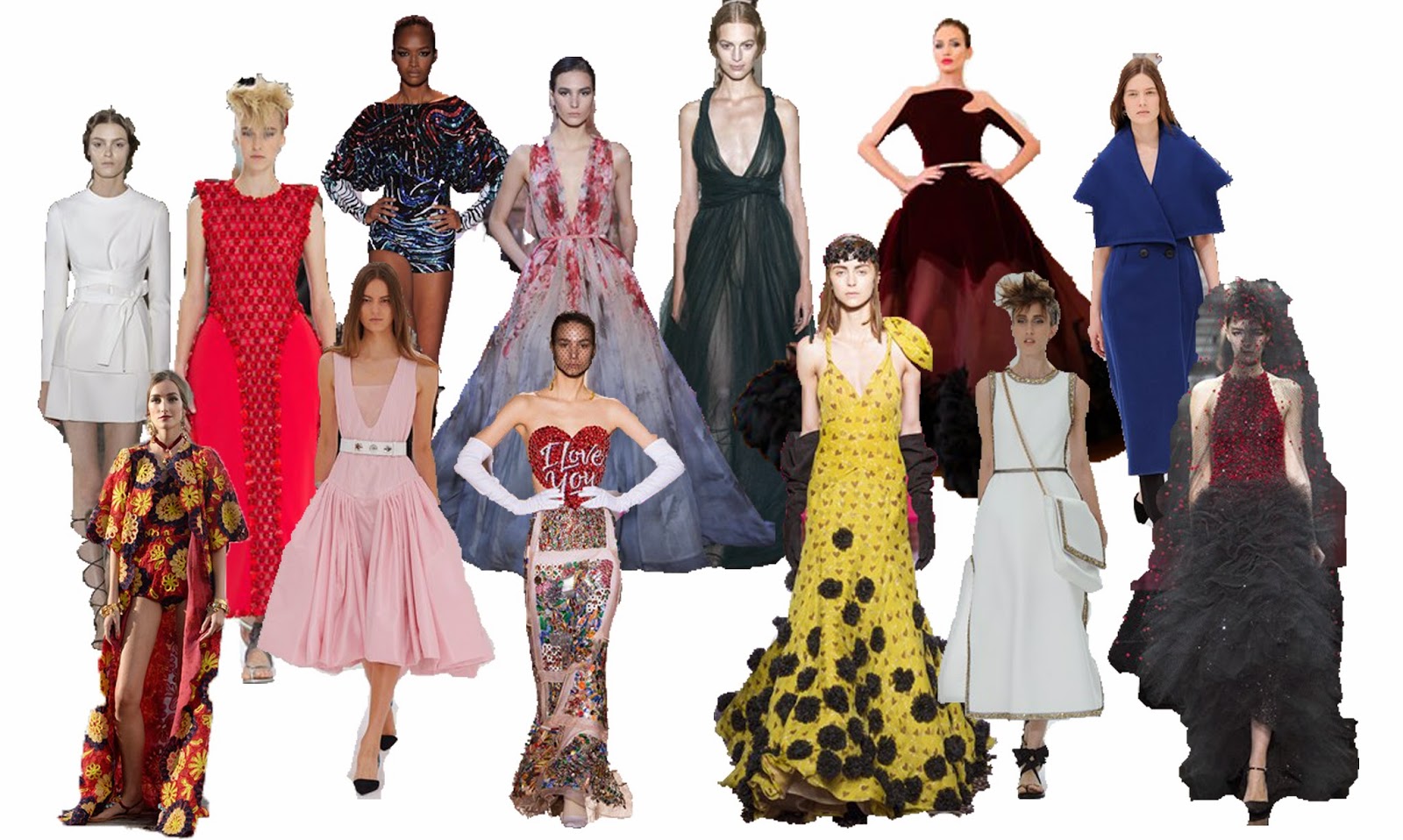 And a BONUS
Dolce & Gabbana Alta Moda A/W 2014-2015
Nobody can capture the spirit of Italy better than the famous designer duo Domenico Dolce and Stefano Gabbana. They often go back to Domenico’s roots in Sicily either in their collections or with the whole shows, this time, however, they chose another iconic Italian treasure – Capri island. The Alta Moda show was held on a secret cove by the picturesque rocky hills and a turquoise sea, although I would definitely describe it better if I was among the 200 guests transfered to the secret place on the romantic boats, enjoying the Capri sun. If you’re thinking: How can this amazing striped-colorful-floral-summerry collection be intended to wear in autumn and winter, it can indeed. The collection is haute couture, hand-made especially for specific clients, therefore multi-seasonal, so that it could be worn by ladies from Hong Kong to Canada, obviously.
Am I weird if I’d rather have this dress below in my wardrobe (and on my body) than a world-renowned painting from a famous glamorous artist hanging on the wall? :)) 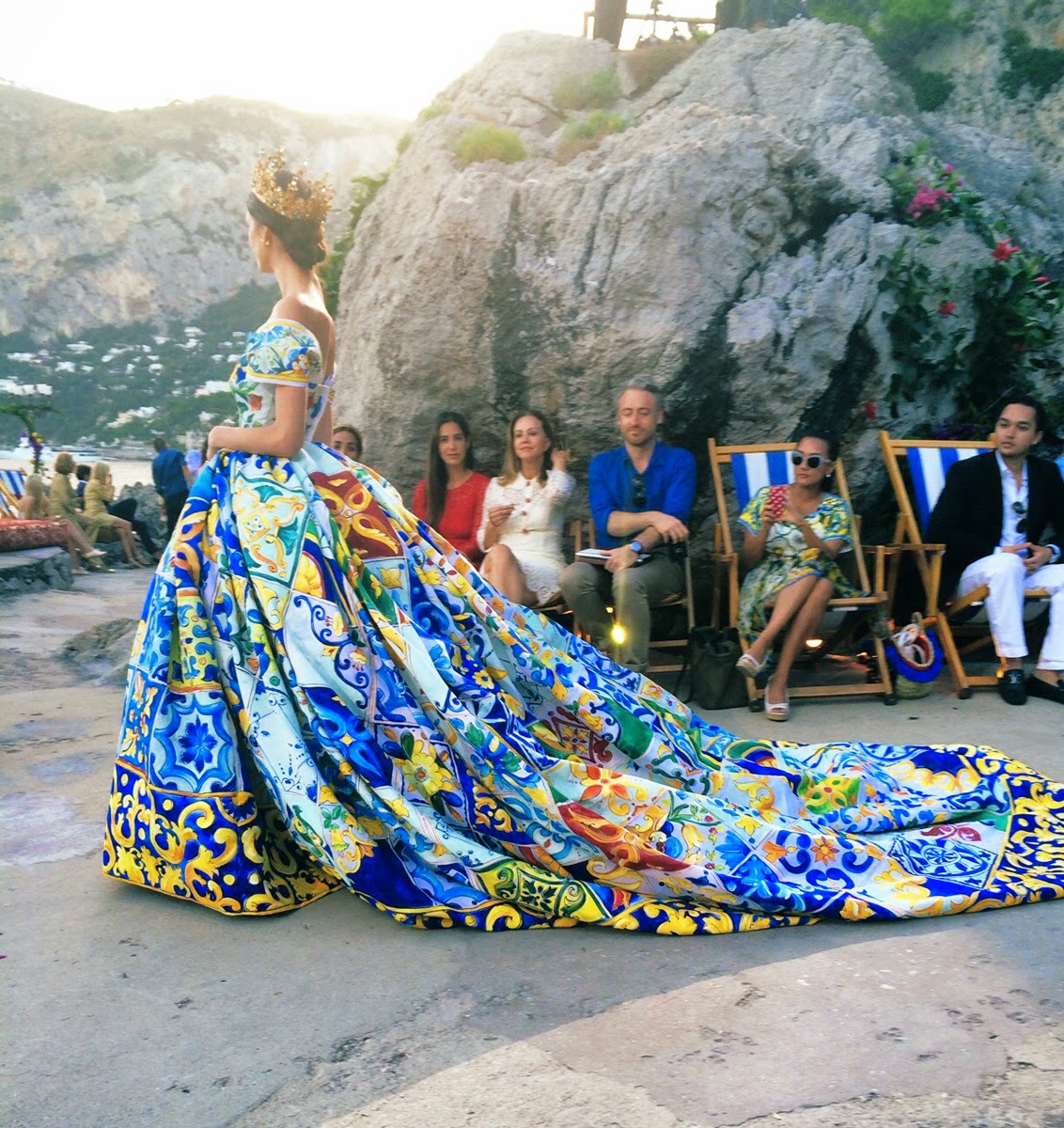 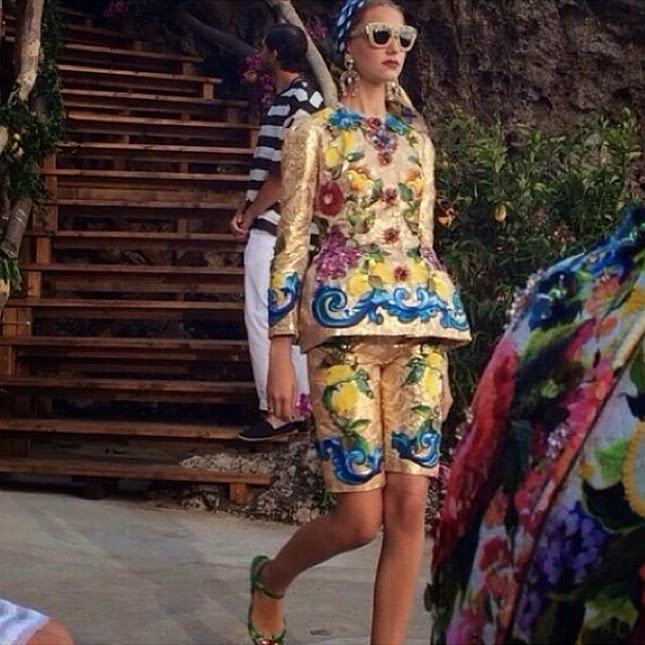 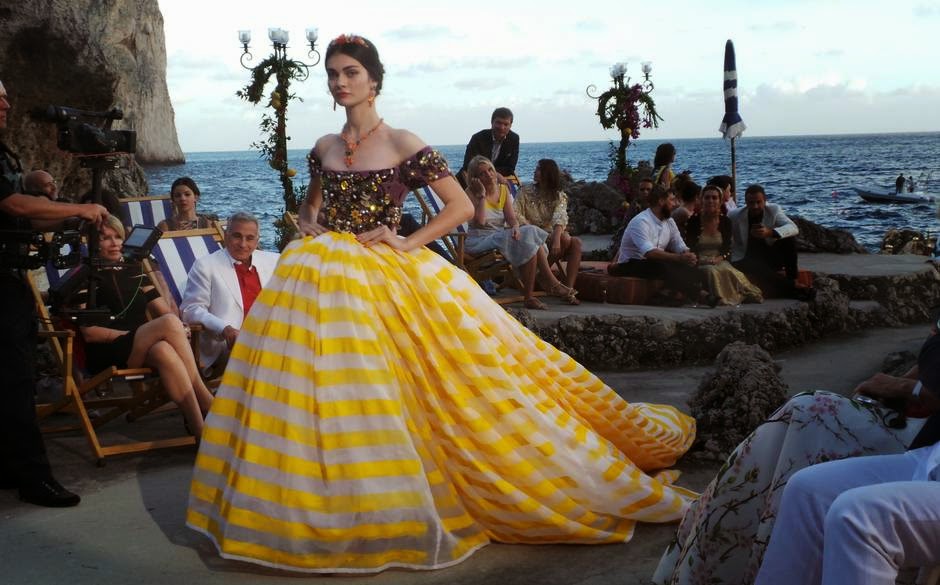 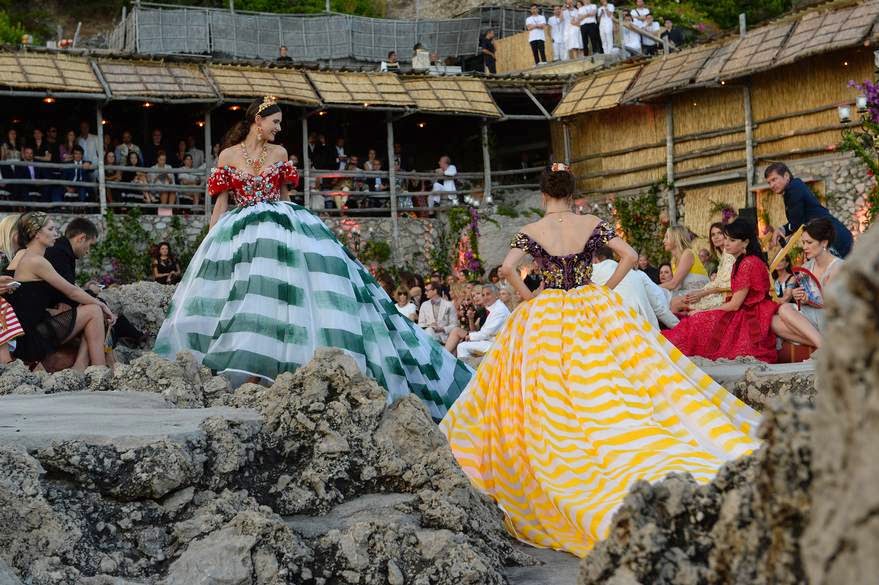 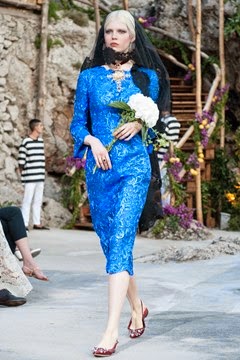 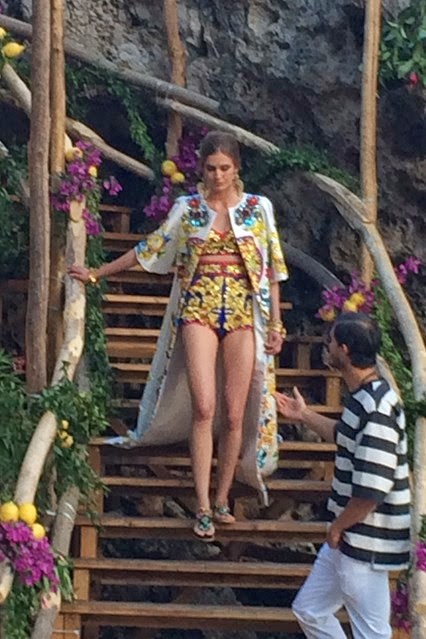 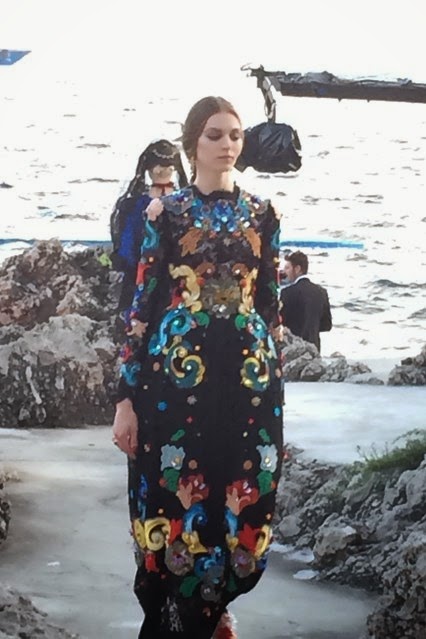 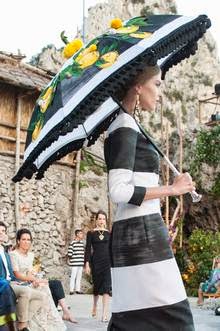 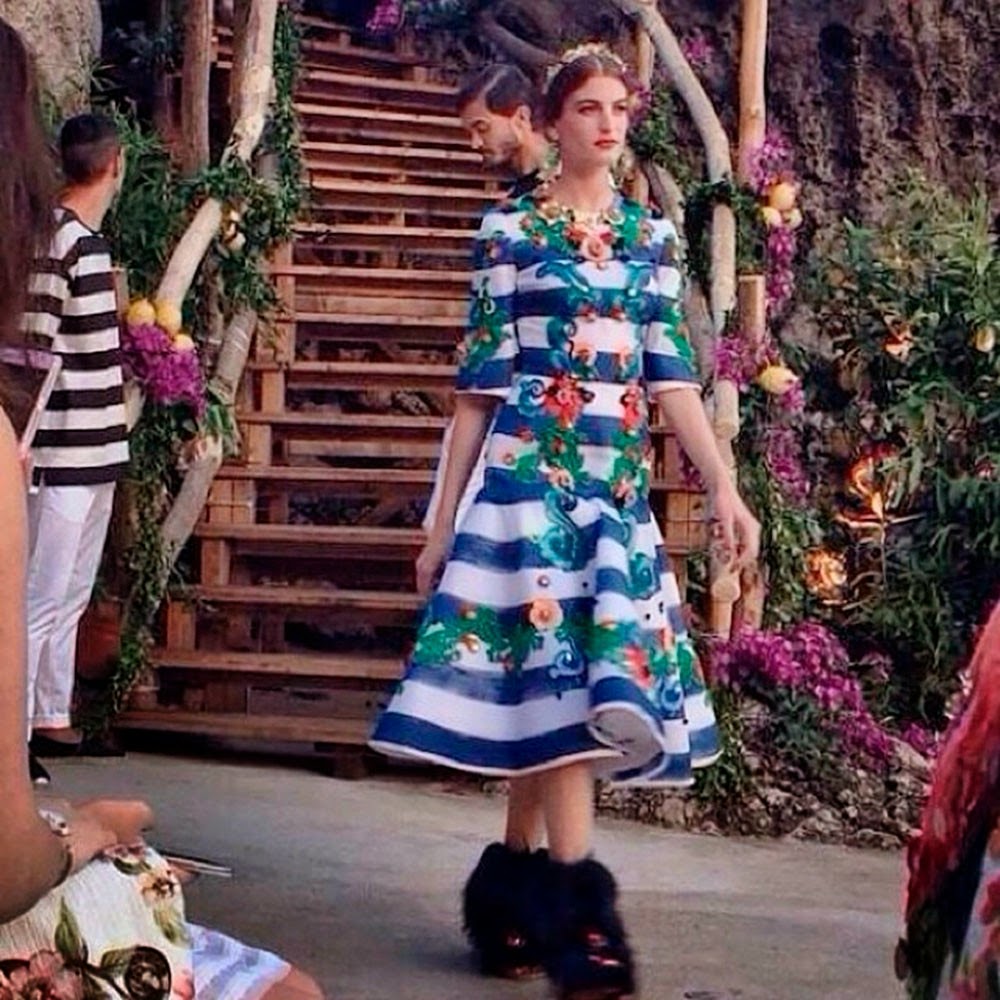 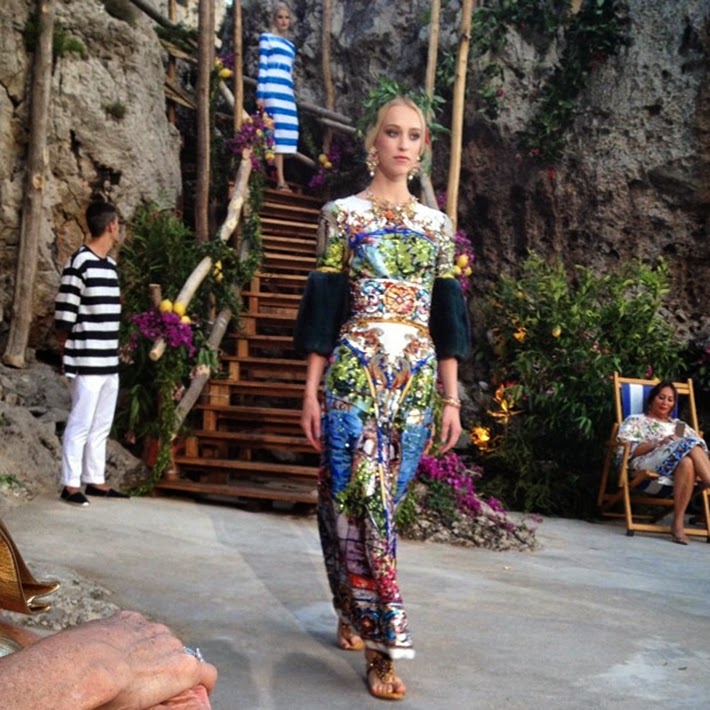 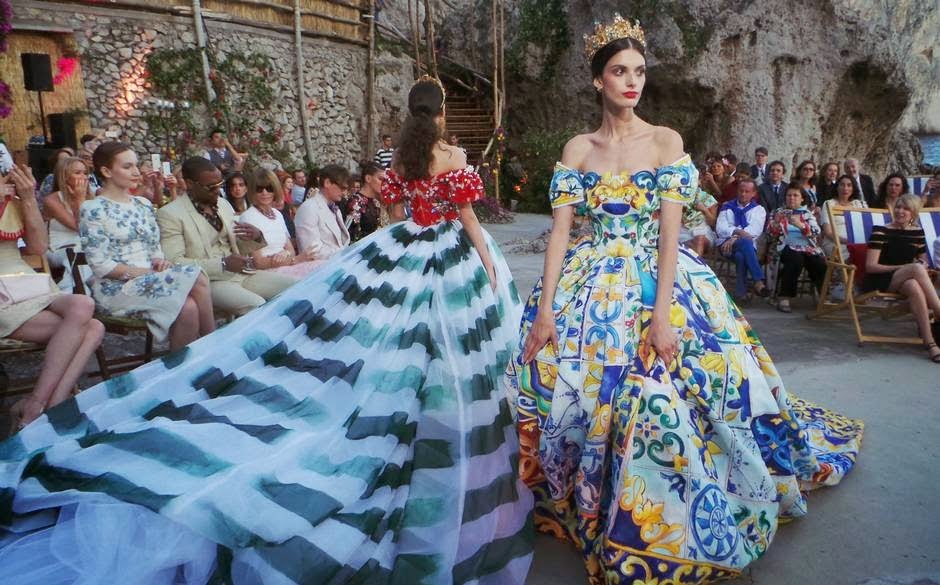 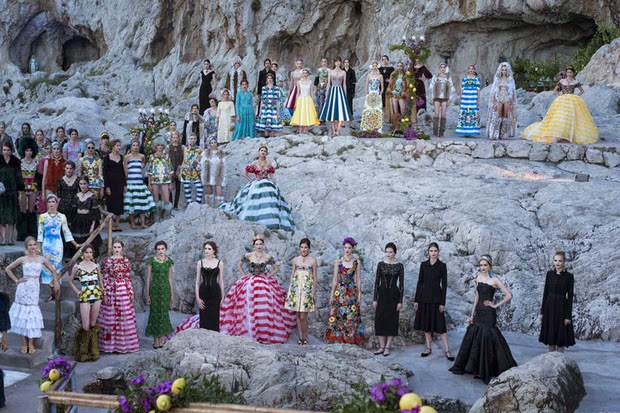 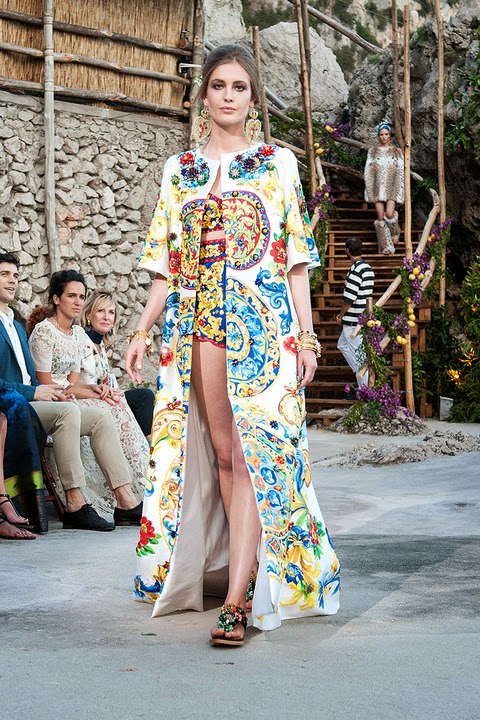 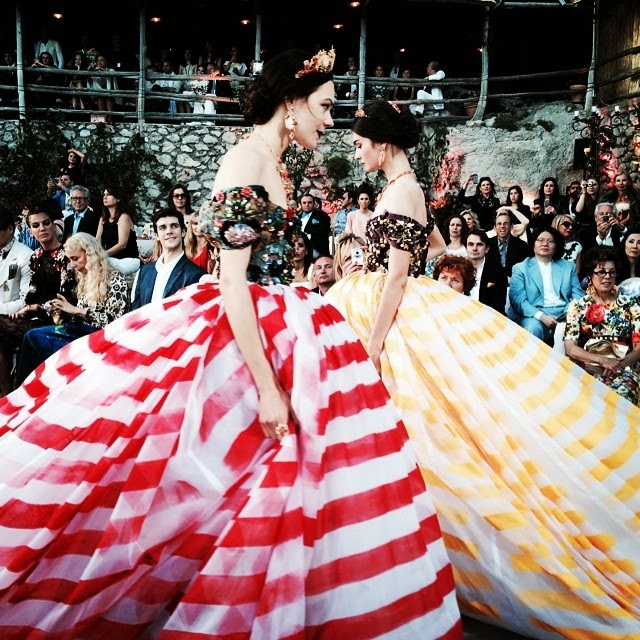 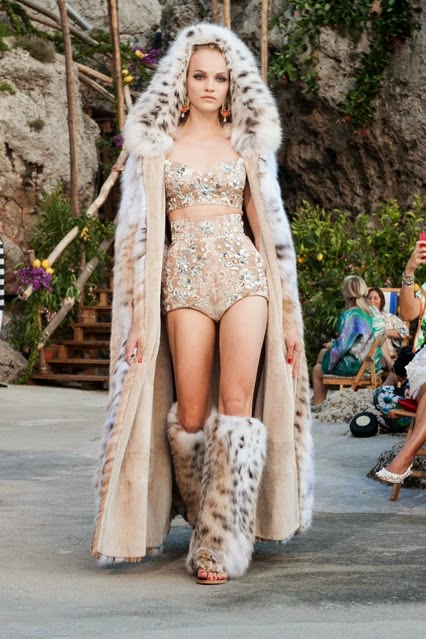 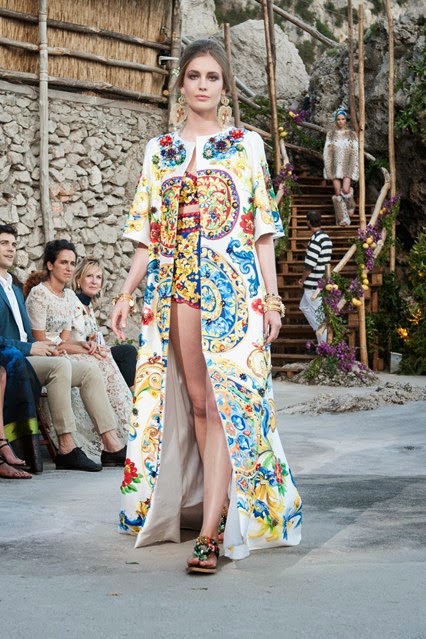 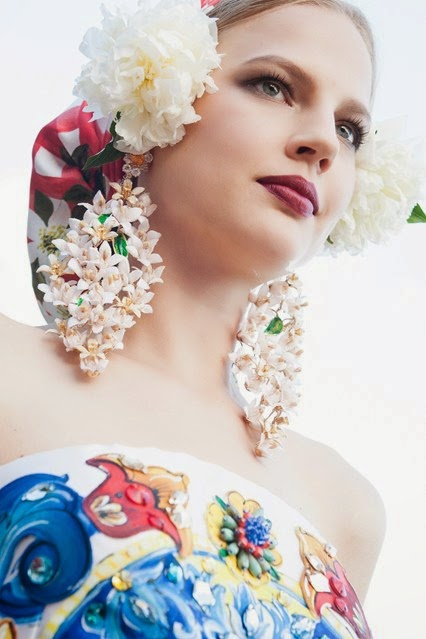 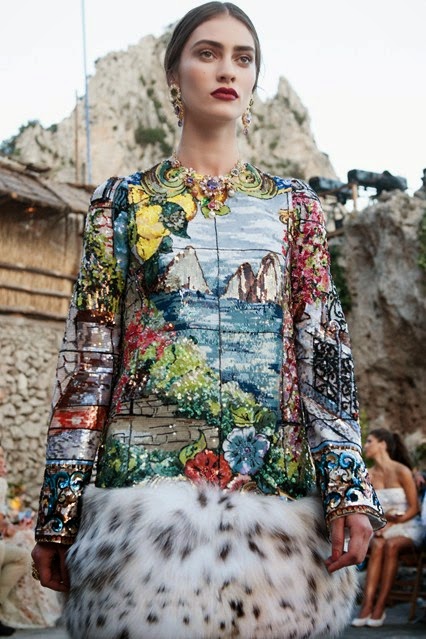 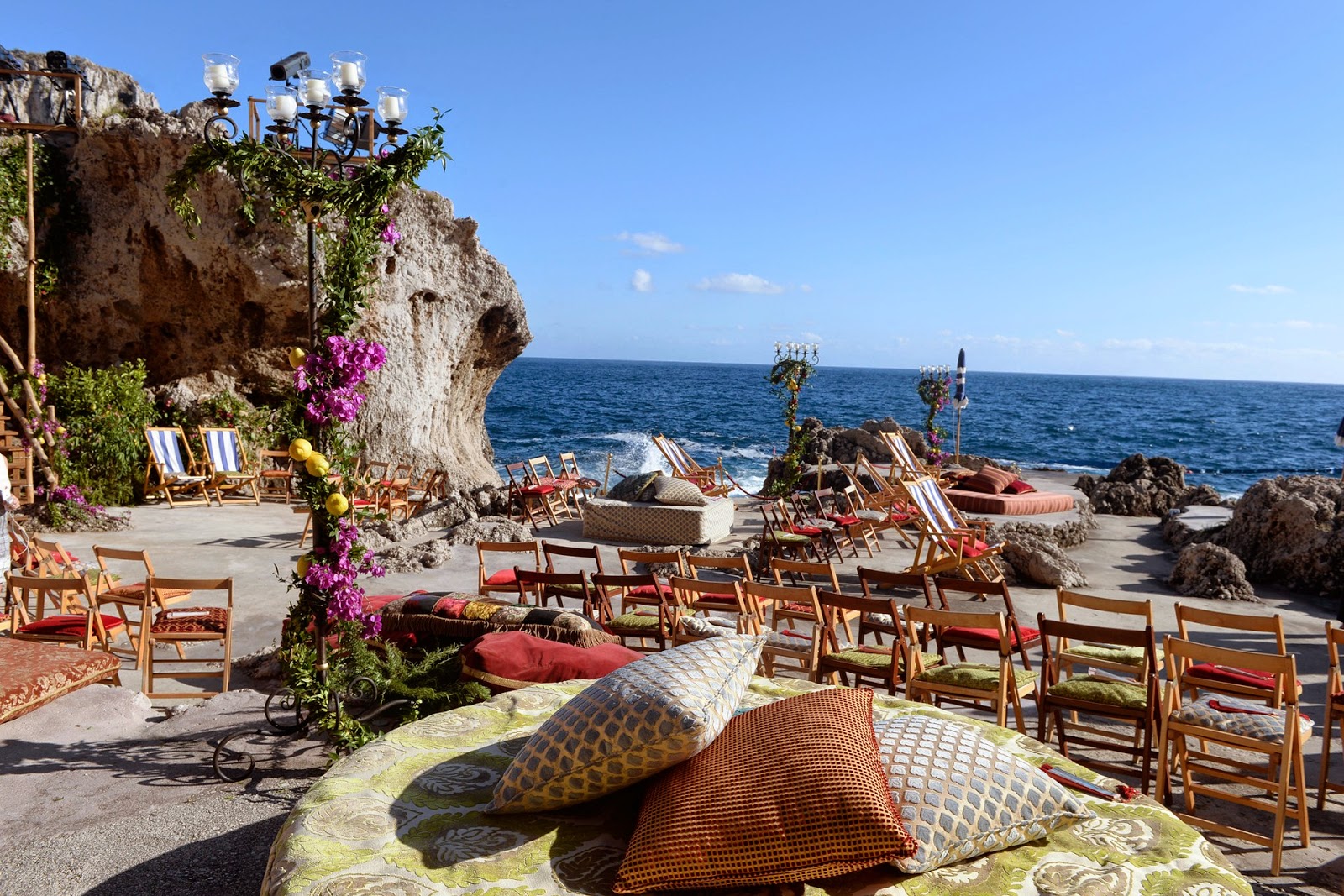